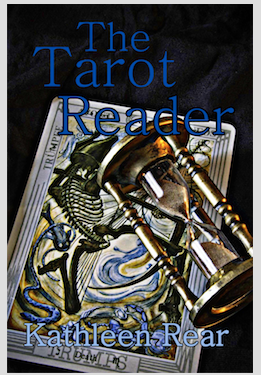 Hello!
I’m sitting in my office in the kitchen looking out at the snow pilled up in the yard, but my imagination is far away in the early summer of the year 2091 where i’m finishing up Dragon’s Pawn. I’m excited to share Mia and Adam’s story with you but it needs quite a bit of editing once i’m finished with the first draft. So we’ll have to wait for October.

In the meantime I ran across a collection of short stories I’d saved and I thought a short stories page on the website would be fun!
These are what I like to call vignettes. Tiny slices of life, scenes from what may or may not become a book one day. It’s how I processes the story ideas I get. They’ve been collecting figurative dust on my hard drive, so I thought this would be a good place for them to live.

First up is The Tarot Reader, enjoy!

The tarot reader heard the tinkle of the bell indicating the arrival of a customer. Peering at the small surveillance screen near her desk, she saw a tall girl-next-door type, hovering in the entrance. She fluffed up her hair and turned the volume up on the sound system. Time for her entrance.

She parted the beaded curtain and swept into the small room. A black felt covered table and two chairs were the only pieces of furniture. Shelves lined the walls of the room from the baseboards to the crown molding; on them crowded a haphazard collection of sideshow type trinkets. Crystals, taxidermy, preserved specimens of undetermined species, skulls both human and animal. The shelves seemed to slant inward lending the room a macabre claustrophobia.

“Be seated my child!” she said, taking the chair on one side of the table and sweeping her hand toward the chair across from hers.

The girl sat and folded her hands on the black felt of the table.

“You would like a reading my dear?” asked the reader.

“I’d like a drawing please,” the girl said politely.

The reader arched an eyebrow at the girl. “Just a drawing?”

The hair on the back of the reader’s stood on end. “Very well, although a drawing will cost the same as a reading,” she said, indicating the price chart on the wall in the small vestibule of her shop.

“That’s fine.” The girl placed the money on the table.

The reader took the bills and slid them into the pocket of her skirt.

“Very good,” she said, and began to shuffle the Tarot deck that sat in the middle of the table.

“Not with those,” the girl said. She pointed to the shelf behind the reader. “Use those.”

The reader sat up straighter and stared at the girl. She swallowed though her mouth had gone dry. She tried to smile but felt her lips trembling.

“Very well,” the reader said quietly. She put away the deck of fancy cards, the ones she used for the tourists, housewives, and tittering college girls, and reached for the deck the girl had pointed to.

Wrapped in blood stained muslin, the deck was old. Older than herself and the girl combined times five at least. She cradled it in her hands like the precious and dangerous thing it was and placed it on the table. She slowly and reverently unwrapped it.

The girl watched her, her dark eyes glittering with rapt attention though no emotion showed on her face.

The reader shuffled the deck, once then twice and then pushed the stacked cards to within reach of the girl. “Cut,” she whispered.

The girl did so, inserting her thumbnail halfway down in the stack, then placed the two even halves side by side, she then sat back in her chair.

The reader took a breath and fanned first one of the halves in an arch across the table and then the next below it.

“Choose,” she told the girl.

The girl sat and just looked at the cards for a long moment, then extended her hand, palm down, over the fanned cards. She closed her eyes and passed her hand slowly over the cards. Her brow creased when she reached the mid point of the second row; her hand stopped and she lowered her finger pulling out one card. She opened her eyes and sat back in her chair again.

The reader looked down at the card then up at the girl. The girl raised her brows at the reader and waited.

The reader turned over the card. “Death,” she announced. The girl looked unsurprised.
“Best two out of three?” the girl asked, placing a crisp hundred on the table.

The reader nodded and quickly pocketing the money. She shuffled, once, twice, then the girl cut right down the middle again.
Fanning them across the table, the girl closed her eyes again and ran her palm suspended above the cards. Her hand stopped just a few cards over to the right of the top row this time. She pulled out the card and the Reader turned it over.

“Death,” the reader said again. The girl nodded, then made a motion that indicated the reader should continue.

The reader shuffled, the girl cut, the cards were fanned and the girl chose.

Her hand shook as she turned over the card. “Impossible!”

The girl took the card from her and looked at it then smiled fondly, as if viewing a photo of a loved one.

“Who are you?” The reader asked.

“Most call me Beau, Joanne,” she said.

“I’m not, that’s not…” The reader sputtered.

Joanne sat stunned for a long time. “What do you want?” she finally asked.

Beau rose from her chair. “Nothing…yet,”

She placed the Death card back on the table and made to leave.

“Death chases you girl,” Joanne called after her.