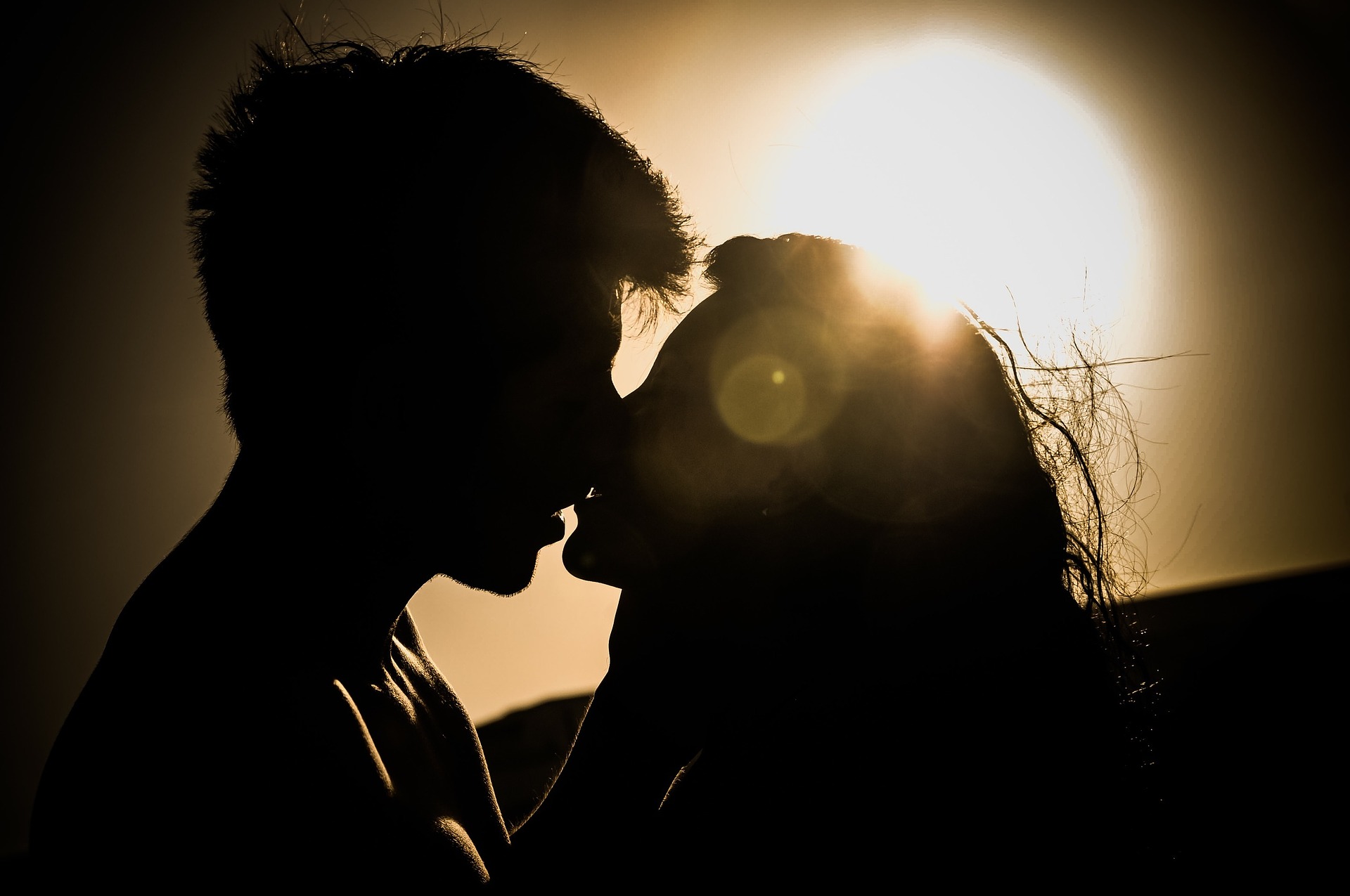 It’s hard when you have to cut out scenes that you like. It’s necessary sometimes in the service of the story as a whole. The following was one such cut that did not make it into the published work. Happily I can share it here!

She wasn’t in Heaven, Vashti’s mountain fortress was gone, she was in a garden where three trees stood. The first was full of pink blossoms the second bore ripe juicy looking fruit and the third tree was bare but stood tall and imposing. A man and a woman knelt in front of the fruit laden tree. Livia gasped recognizing herself and Tynan.

She edged closer; her eyes wide. They were older than they were at present, but not by much. They both were dressed in white garments of the style one wore in Faerie. She in a gauzy dress and he in trousers, tunic and belt.

“…and to the Mother we give this token in hope she will bless us.” Tynan said.

Livia’s future-self took a black feather threaded onto a golden chain from around her neck and placed it on the ground in front of the tree. Then Tynan reached up and plucked one of the fruits from a branch. He held it to Livia’s lips, and she took a big bite, laughing as pink juice ran down her chin. Tynan licked and kissed the juice from her face before taking a bite as well.

Present day Livia felt the familiar disorienting pull of Vashti’s magic; she was being drawn away.

“No!” she cried. “No, Vashti! I want to see more!” The garden faded and she was back at Vashti’s hearth. She looked to the Glass but this time she only saw her own reflection. “Damn!”

“You saw what you were meant to see, they will let you have no more.” Livia glowered at the old woman who puffed serenely on her pipe, but Vashti just cackled her witchy laugh.

“I’d like to have a rather violent word with “they” sometime,” Livia huffed.

Livia sat hard in the chair her mind spinning with what had been revealed to her. She felt sorry she had been so hard on her mother at the Seelie queen’s palace, she hadn’t known how her mother had suffered with her decision to become a Seraphim. It hadn’t occurred to her that Catherine would have said no, ascension was the greatest honor in the Angelic realm, but she would have stayed if not for Livia.

She wondered what her mother had done to protect her already, maybe her powers as a Pathfinder weren’t natural after all. She wondered how much of what she had taken as accidents of fate had been by her mother’s guidance.

As for the other thing she’ been shown, she fed the tiny spark of joy the vision had created. Were they mated? What was the significance of the fruit from the tree? Whose feather was it that she had given the tree? She had more questions than that small glimpse could possibly answer. She also felt very foolish now about how she had handled her feelings. It was obvious to her now that she and Tynan were stronger together, the Glass had shown her proof of that. Was Tynan having second thoughts about her? Had that been why he’d been reluctant to sleep in the bed last night?

Vashti’s cackle drew her out of her reverie. “You should go show him how you feel in truth,” she told her.

Livia decided against asking Vashti if she was a mind reader. Instead she went back upstairs and followed the woman’s advice.

THE FALLEN SHADOW is available for Kindle and in Hardback 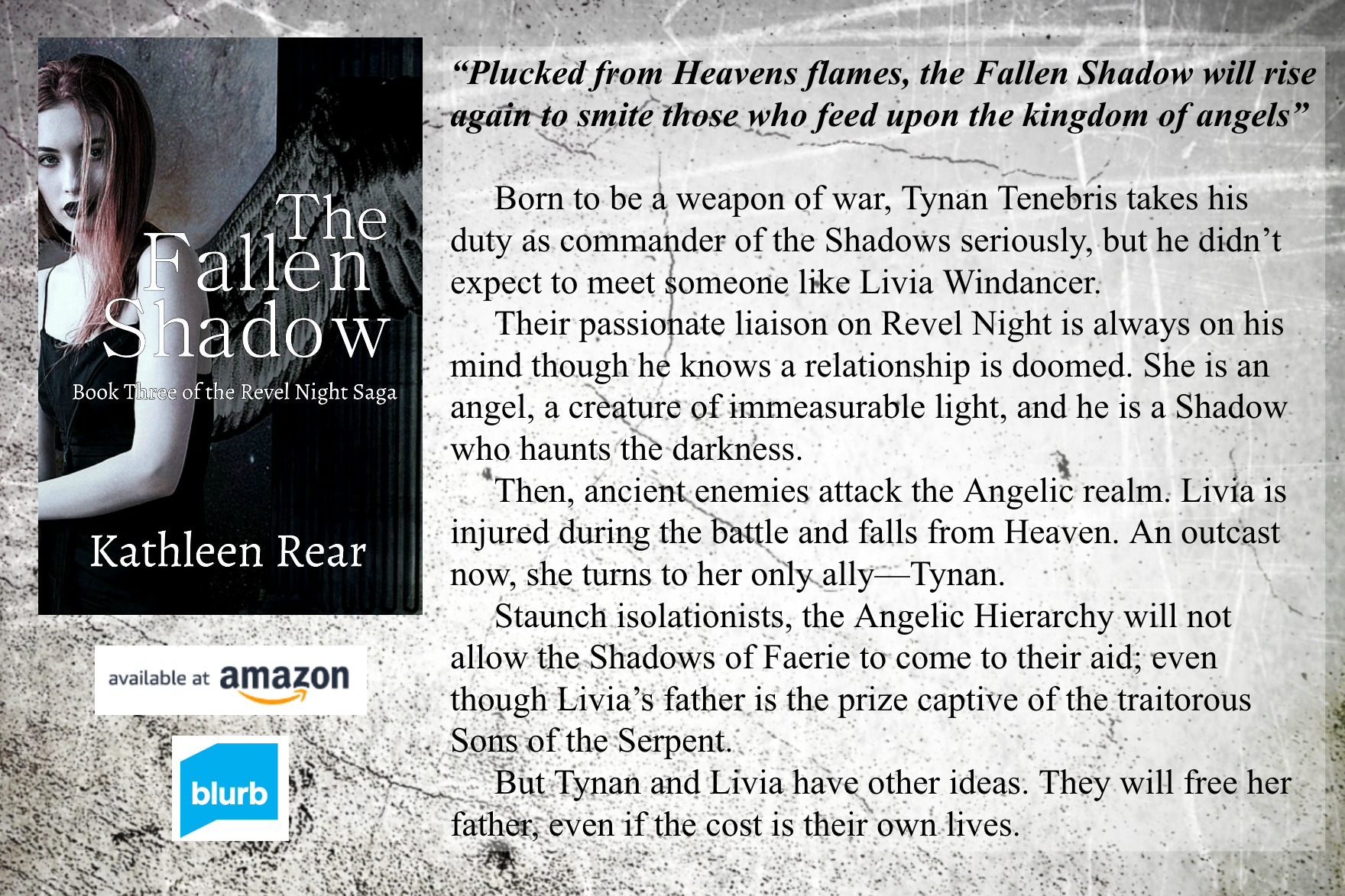